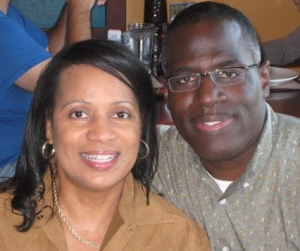 Kent was born to Ann and Russell Keel on Carswell Air Force Base in Fort Worth, Texas. He is the eldest of one brother and four sisters. His father was a career soldier with two tours in Vietnam. The family moved every three years. Subsequently, he has lived in Europe, seven different states and traveled to all the others except for Maine and Alaska.

As a child, his passions were team sports and mathematics. He was competitive in both activities. In 1976, he graduated from Stuttgart American High School in Stuttgart, Germany at the age of 17 a full year younger than most of his peers. In high school, Kent lettered in three sports and was named first team All-Europe in football. After high school, Kent served on active duty in the Army and later as a drilling army reservist. Kent retired from the Army after 22 years of Honorable service.

Kent is the former owner of a technology consulting business that provided business process reengineering, project management and technology strategic planning to the healthcare, retail, education, law enforcement and defense industries. Kent’s work has twice been inducted to the Smithsonian National Museum of American History. His ground-breaking work in K-12 technology for web design and network infrastructure implementation are permanent parts of our national archives.

Today, Kent is a community leader who has been elected to public office by voters in University Place five consecutive times over the past 18 years. He served 10 years as a School Board Director of the University Place School District. There, he was twice elected Board President by his peers on the Board. The focus of our school board is “Kids come first”. Anyone familiar with our area knows that University Place Schools are among the best in the state for academic achievement, fiscal management, and community relations. This was achieved by providing teachers the tools, time and training they needed; acting on the belief that all children can learn; holding the overall system accountable; and meeting the expectations of parents and the community.

When first elected to City Council, Kent pledged to help reduce debt and complete the town center, attract business, increase safety and support recreation. Eight years later, our Town Center is nearly complete. Business there and around our City is thriving! Council made the tough decisions to balance the City budget and reduce debt by millions. The City is well positioned to meet its financial obligations. Parks and ballfields remain viable and provide wonderful venues for citizens to enjoy the outdoors. Council has added deputies and dollars to police to increase public safety.

Significant progress has been made, but there is more that needs to be done. Kent is prepared to help continue improving public safety and providing avenues for our young people. While the societal issues of our region have not overtaken us, that is beginning to change. Kent has been working with state, regional and county committees to address mental illness, drug abuse, homelessness and affordable housing. He is prepared and willing to continue addressing these challenges over the next four years.

Kent and wife Renee have been married for 37 years and have been homeowners in University Place since 1987. They have adult children and grandchildren. He holds a bachelor’s degree in computer information systems and a Master of Business Administration in engineering management, both from the City University of Seattle.